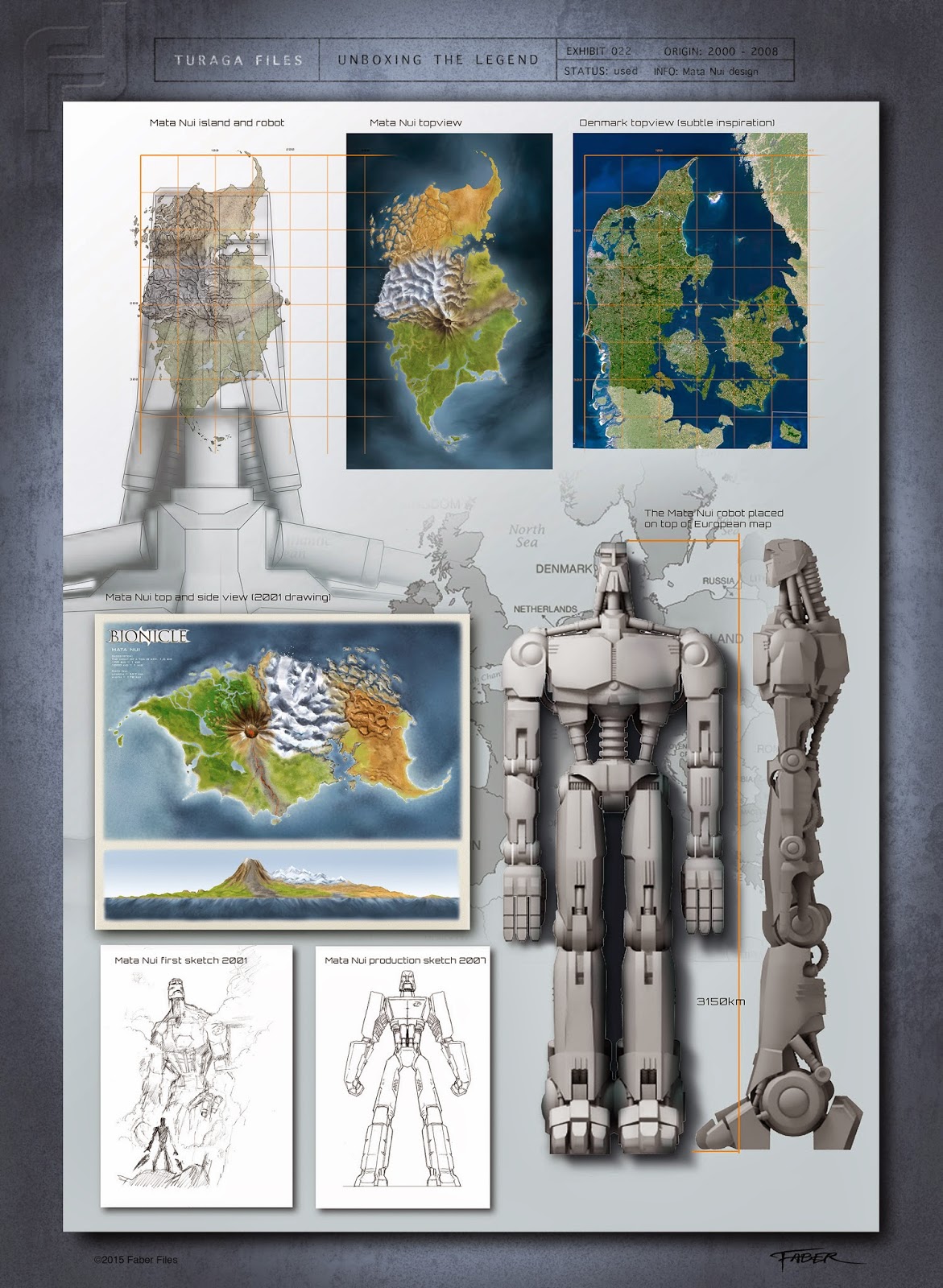 Much has been said about the size of the giant robot Mata Nui and what you see here is not canon or anything. It is the simple inspiration that I used when creating the outline of the Island back in 1999 and later on in 2007 when we had the task to make the giant robot come alive.
As you may know I use a lot of local inspiration mixed with foreign input to create my work and when it comes to Mata Nui I am quite sure the shape of my home country Denmark has played a vital role in finding the shape. We have a saying here in Denmark that our country looks like a giant head with a dripping nose and a pointy hat. So there you have it. Just turn the face to face upward and put an island on top.
If you blend the shape and size of Denmark with the features of hidden robot face and the yin yang swirling shape of a galaxy then you have the outlines of what created Mata Nui.
Following that line the size of the robot ends up being app. 3150 km.

Canon or not? Now you know the inspiration sources.
Denmark is small and very flat without mountains but almost an island. so I think Mata Nui is my secret dream of what Denmark would look like if it was mixed with Hawaii.
Posted by Faber at 6:12 AM