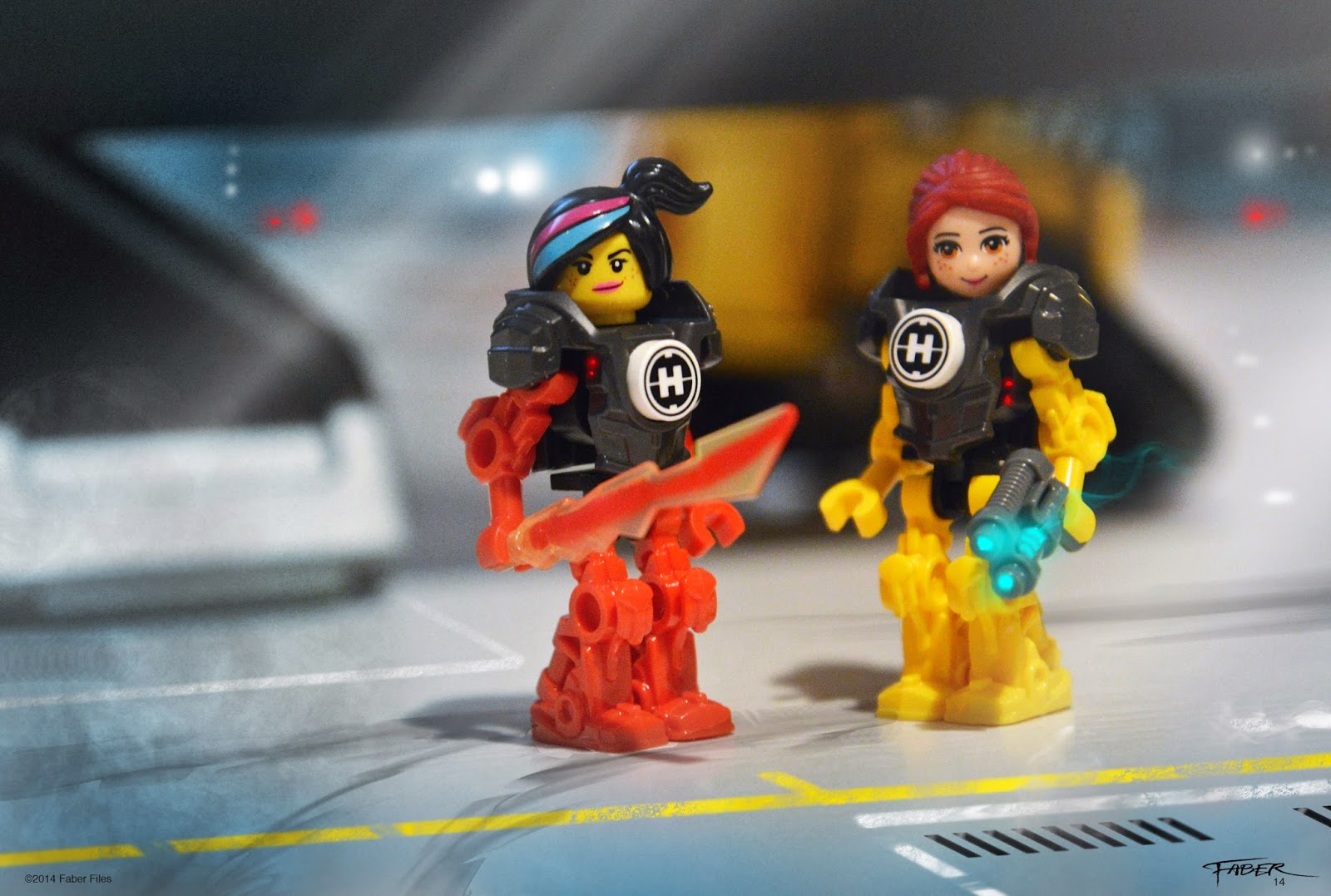 With the new mini-robot it is easy to give any of your mini-figs a cool upgrade. Here both Wild Style and Mia have gotten their true hero status ready to fight any micro manager or superglue mogul. Hero Factory 2014 rules!!!
Posted by Faber at 2:27 PM 3 comments:

Aquazone - My Art Direction debut on a LEGO project 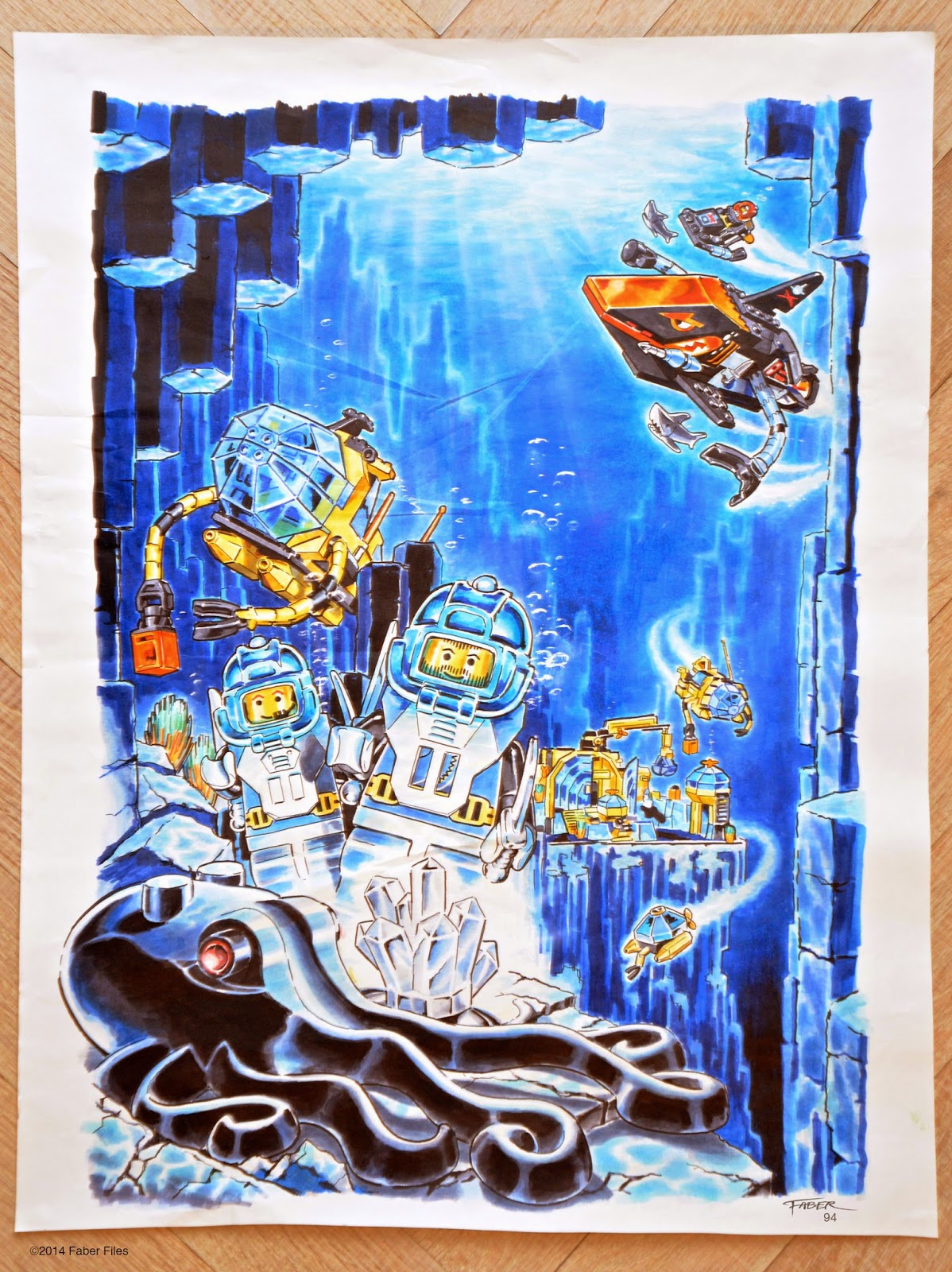 Back in the early 90ies I had already worked as an assistant and illustrator on different LEGO lines but finally it was time for me to have my debut as Art Director.
Shortly after in late 1993 Advance was briefed on a completely new LEGO play theme for 1995 and I was extremely lucky because I got to create the full package.
The line was called Aquazone. This was a dream come true. I got to work with one of my deepest passions; Diving and the underwater world. I chose the environment and here I used one of the most fascinating rock formations in the natural environment, namely the basalt columns. These structures are created when the basalt cools down and shrinks after coming up from a volcano and breaks into hexagonal columns.
The drawing you see on the left is done with AD-markers on paper:) This was before the age of computers so everything was done analog.
The basalt columns reappear in the cave in "Invasion from Below" the 2014 Hero Factory mini movie. The structure is simply too good to only use once:)

I designed the different logos and the bright yellow graphics and finally got to direct my first LEGO commercial. We filmed for a week in London and used one of the biggest motion control rigs in Europe. I think it was called the Cyclops (you don’t want to get in the way of that monster). We filled the studio with smoke and light beams and simulated water the best way possible. It was the best AD start anyone could have asked for.
https://www.youtube.com/watch?v=j5dLp1O5keM
Posted by Faber at 3:45 PM 3 comments: 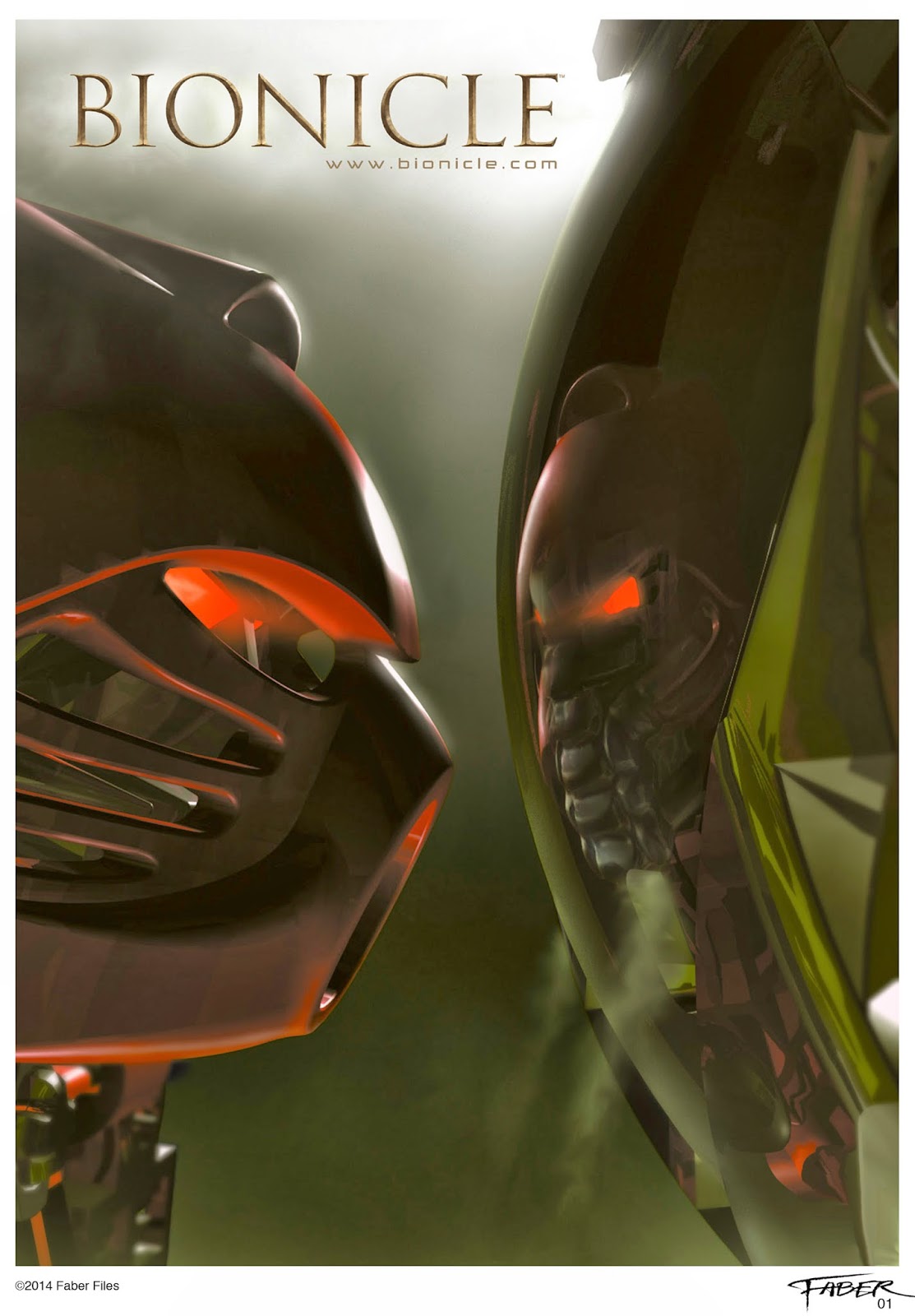 The Toa entry awakened the Bohrok swarms and the Toa had a face off with their distant relatives. The Bohrok were a quite advanced specie that had the ability to attack an enemy and take over the attacker by shooting off the Krana to work as a face hugger. That fate is teased in this poster.
Posted by Faber at 3:21 PM 3 comments: 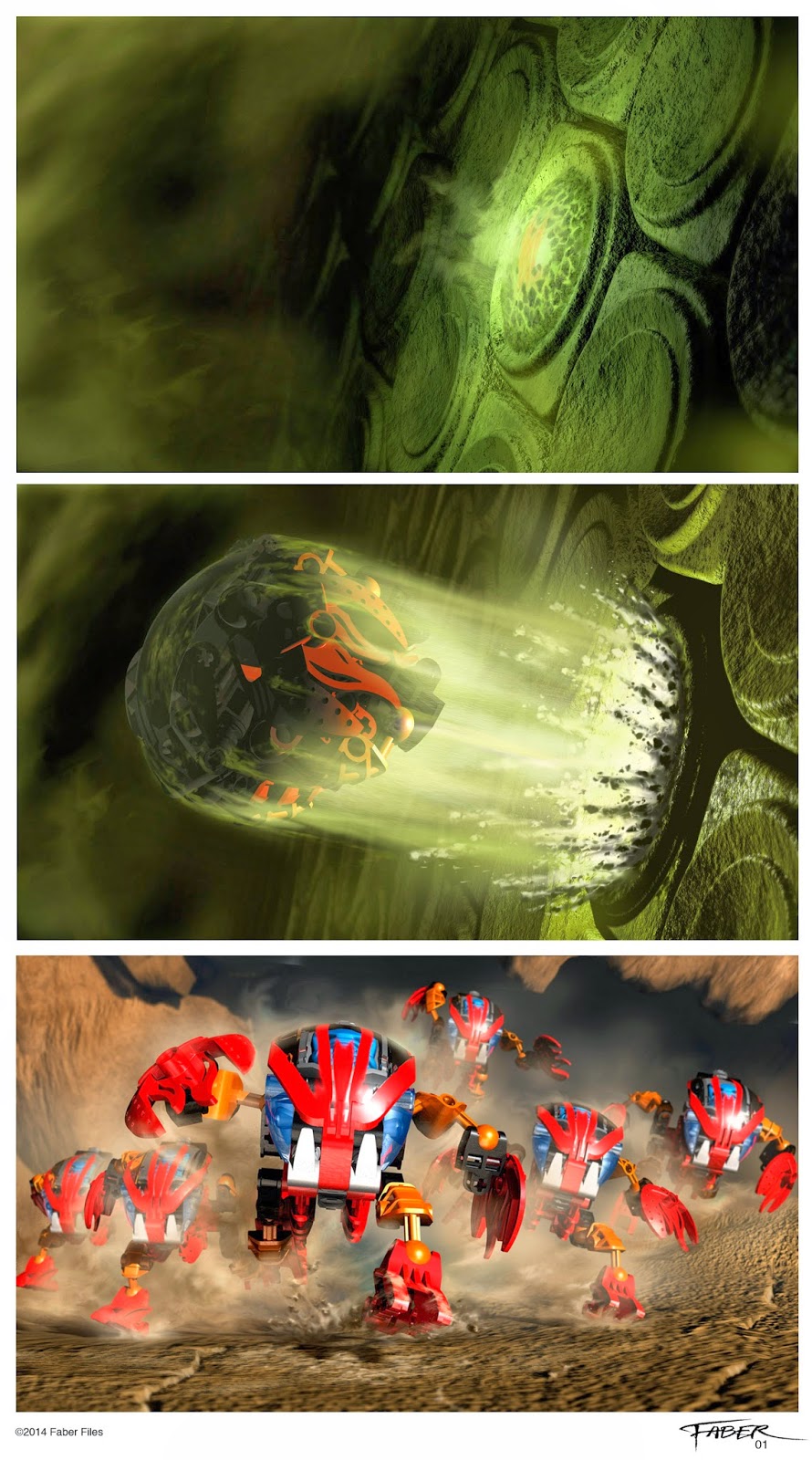 When the Toa ventured into the underground caves they soon met a totally alien life form but for some reason they seemed familiar. They turned out to be part of the same family tree.
The Bohrok resembled beetles or scarabs and they had the ability to change shape from a round protective shape that could roll to an unfolded shape with arms and legs.
They were hibernating in their tubes in huge numbers ready for the day when they would awaken to clean the dirt and debris of the giant robot Mata Nui.

The intention with the Bohrok logo was to capture the folded shape of the Bohrok and at the same time draw on design references from the old Egyptian icon of the scarab that rolls the sun across the sky. The big round shape above the midline symbolises above ground and the big Bahrag queen and the 6 layers underneath shows the 6 different kinds of Bohrok hibernating underground. 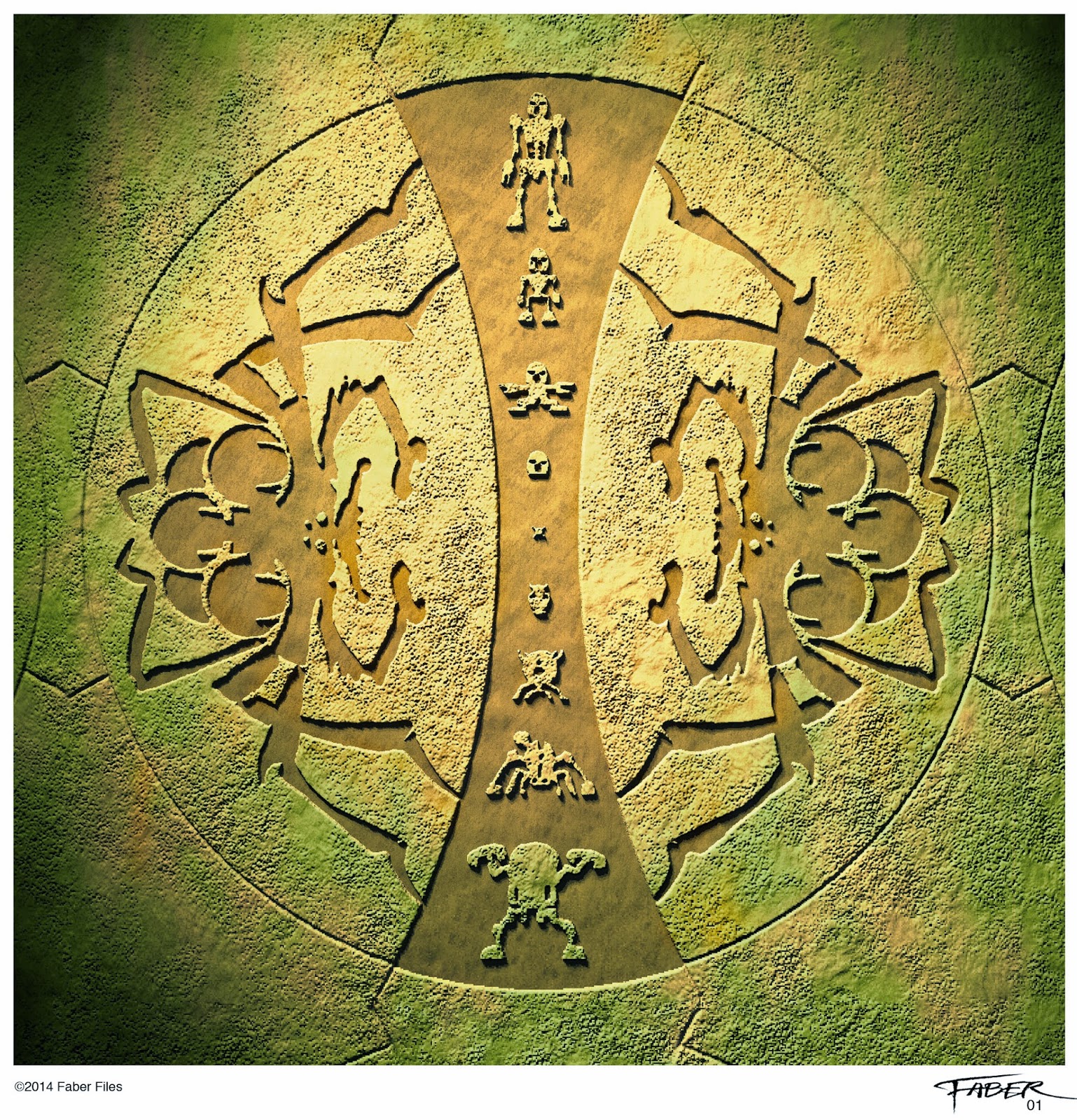 Since the Toa and the Bohrok basically originate from the same place this chart shows the hierarchy of the two different evolutionary routes. It was never used because it would get to close to telling the big secret about Mata Nui. 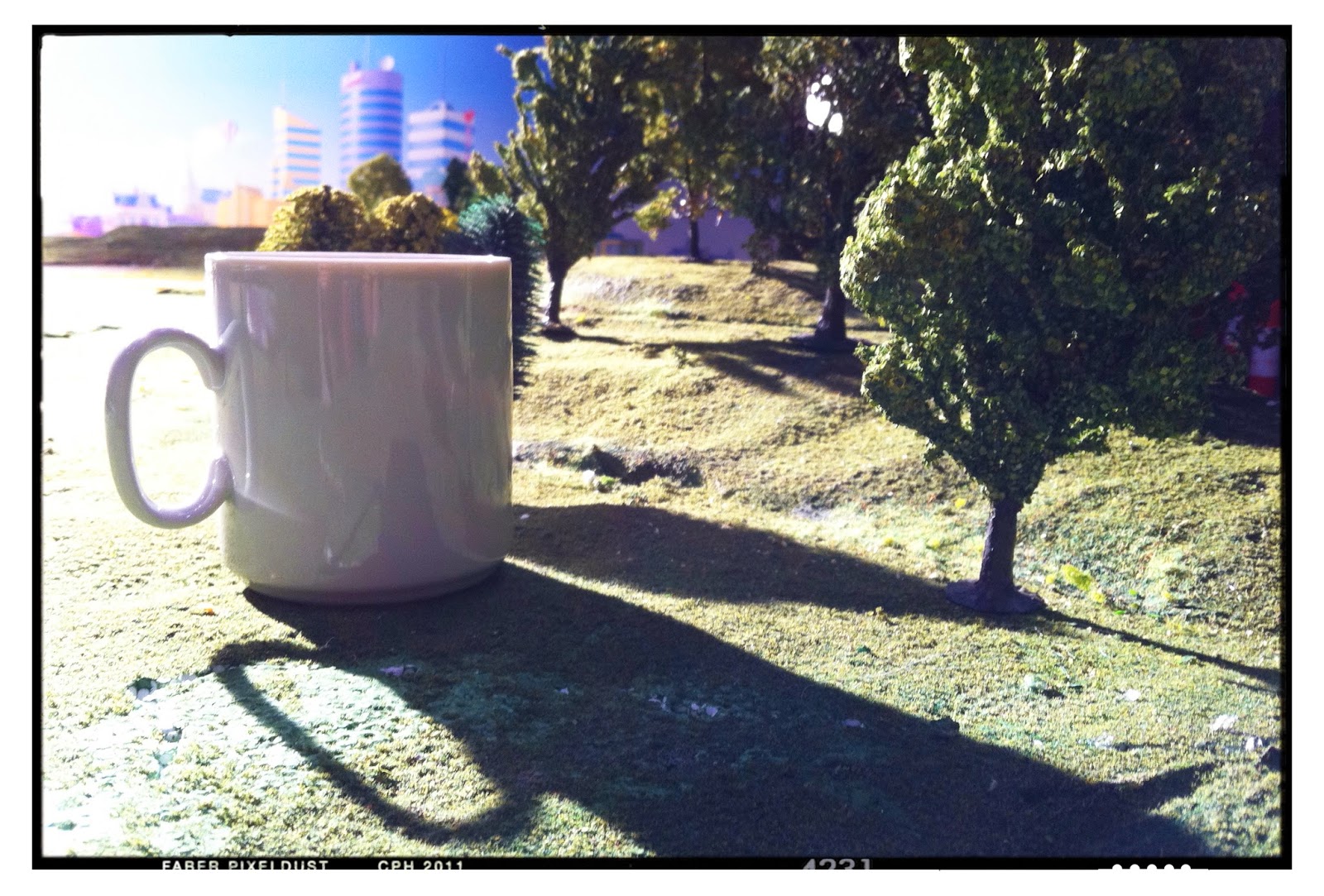 Coffee break in Heartlake City:)
Posted by Faber at 3:18 AM No comments: 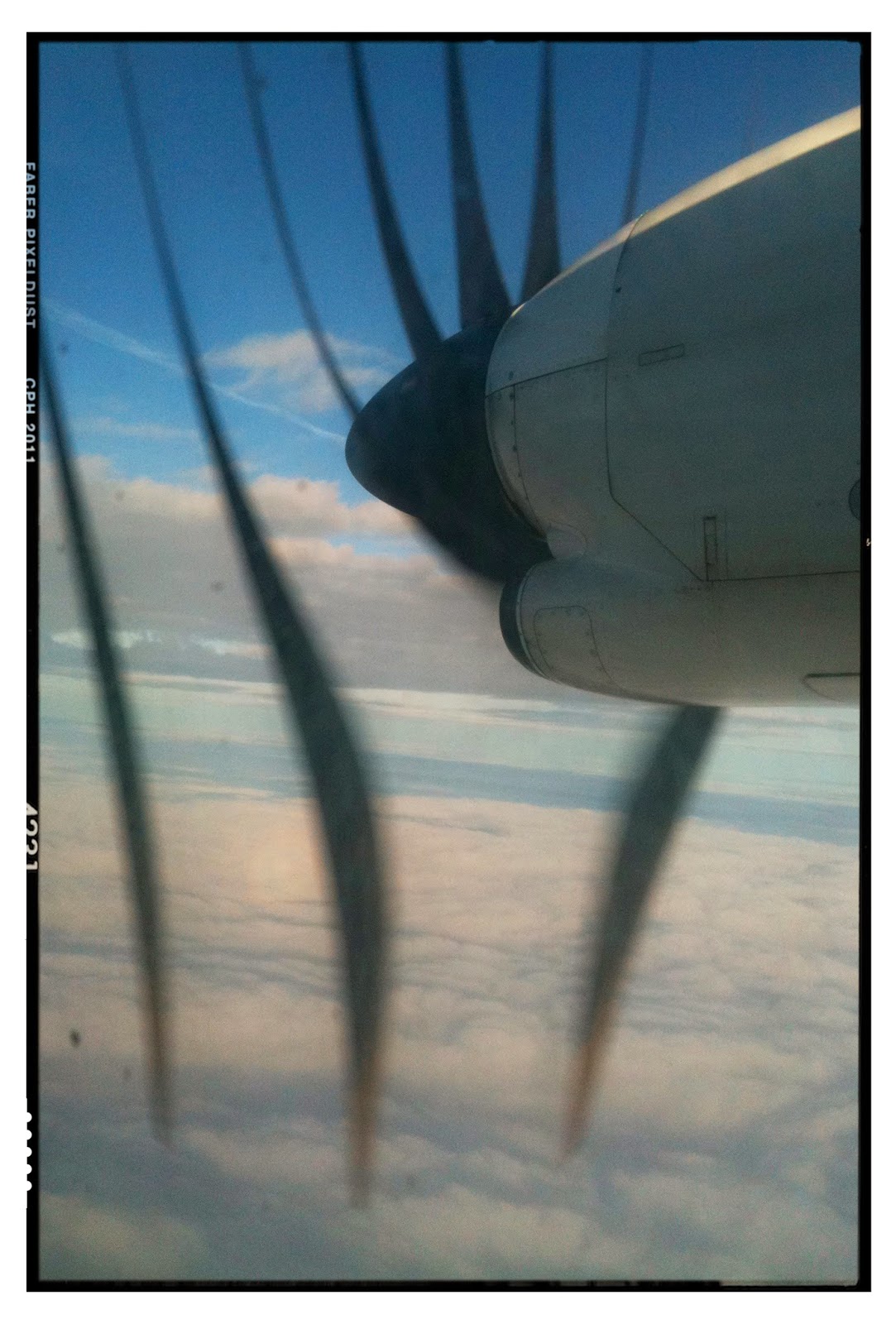 Surreal optical illusion
Posted by Faber at 2:37 AM No comments:

"If you wake one, you wake them all" 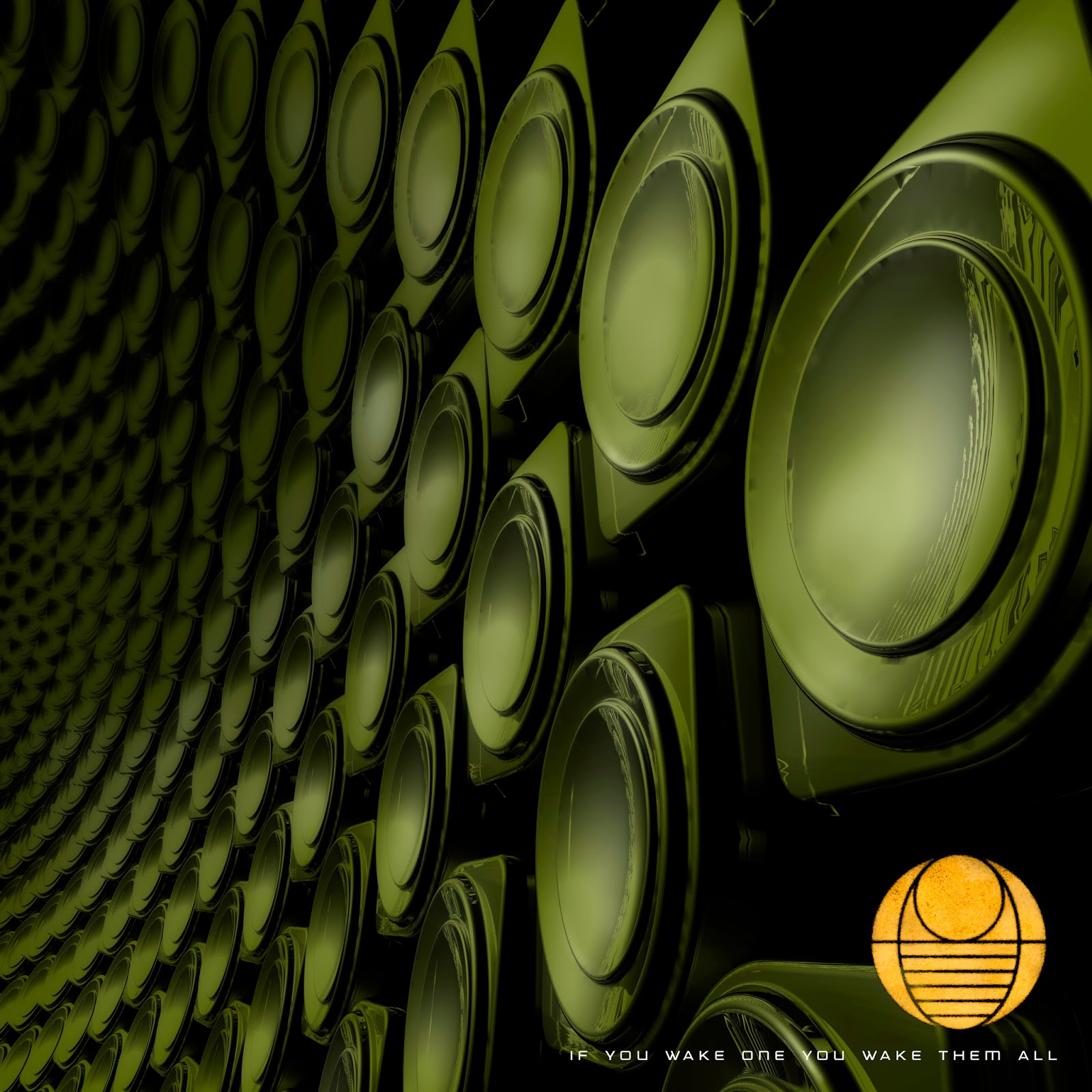 Back in 2002 we stacked the cans to create this creepy hivelike structure for the Bohrok to hibernate in.
Posted by Faber at 9:41 AM 9 comments: 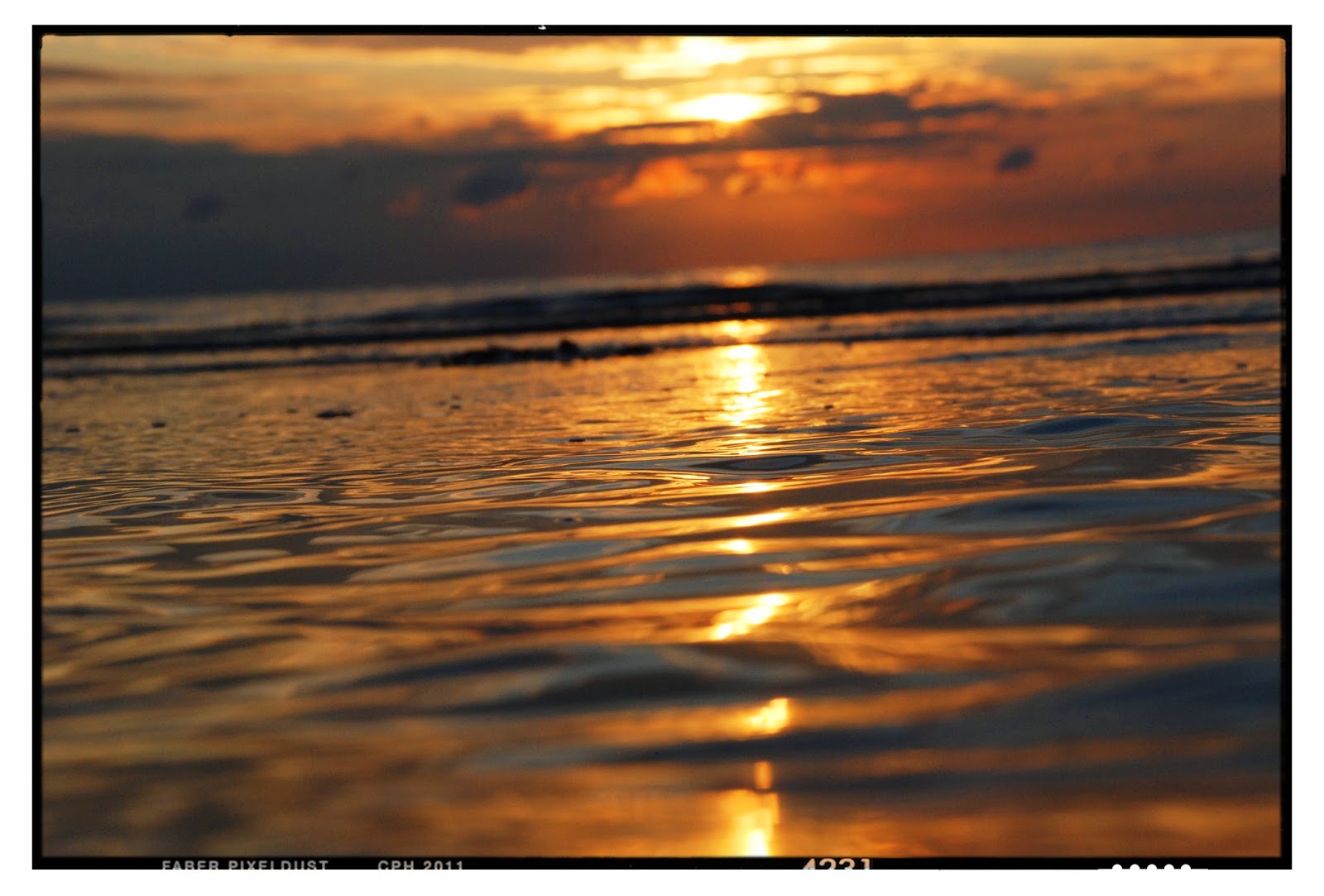 Thick water sunset
Posted by Faber at 3:05 AM 3 comments: 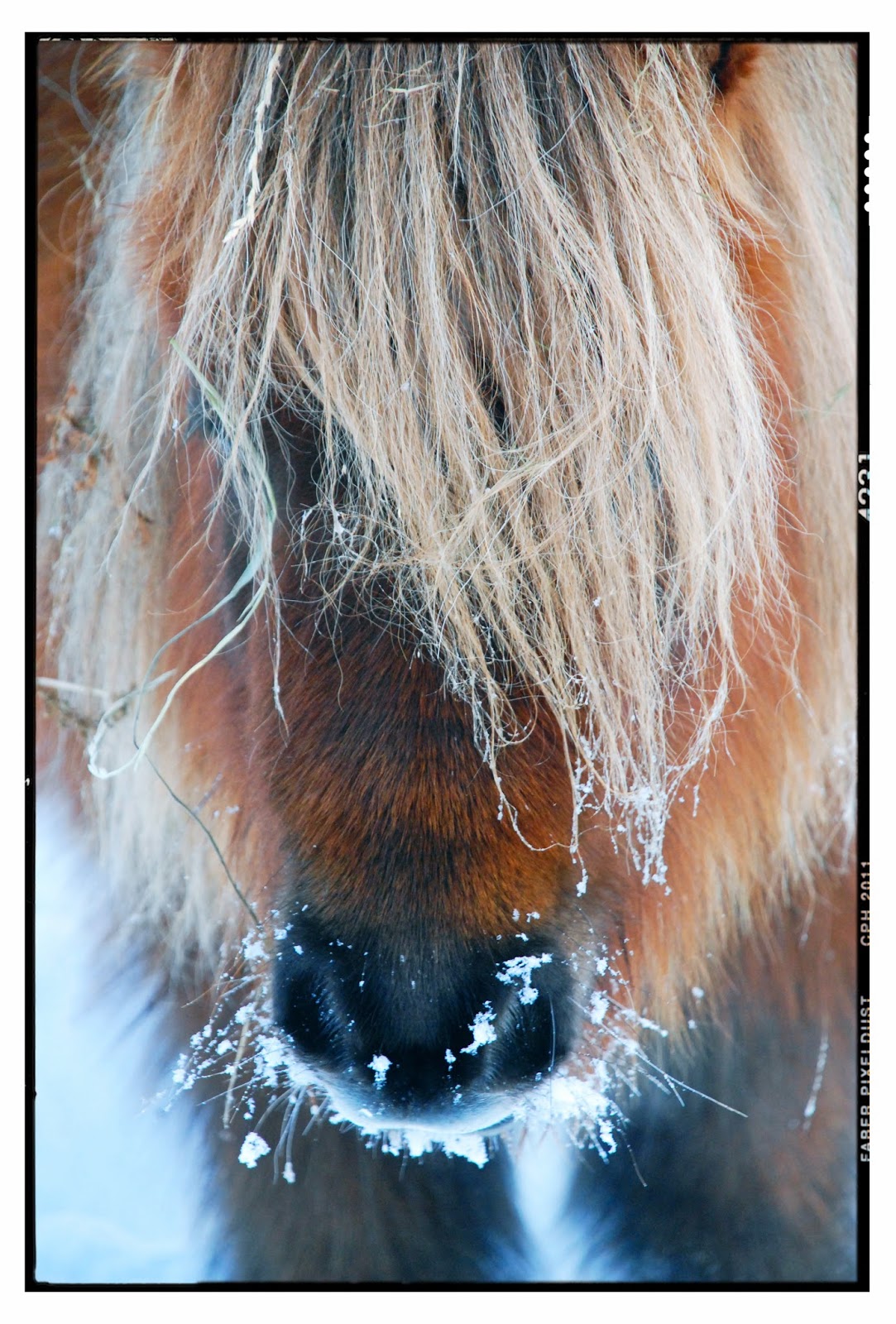 Snowhorse waiting for spring
Posted by Faber at 2:56 AM 4 comments:

Blast from the past

What do you know, found this low quality clip from a old mobile phone. Nevertheless this is one of the proudest moments!!! The Bohrok launch campaign back in 2002 on a massive live billboard on Time Square!!!