Back in late 1997 I got one of those phone calls that you can only dream about.
At that time we at ADVANCE only dared to dream about what would happen if LEGO started to work together with some of the big film IP’s of the world like Star Wars, Indiana Jones, any of the Superheroes or others. But that was only wild fantasy.

Working at ADVANCE I had been doing many different LEGO launches until then and was heading the Art Direction of LEGO Technic . I had done some concept development on different new projects including my own test project “Cybots”.

But then one morning this call came through!. I can’t remember the exact words but it was something like “Would you like to start working on the design for a new project we are starting up? It includes travling to San Francisco to have the first meeting with Lucas arts at The Skywalker Ranch to have design discussions and see the first glimpse of the new film “Episode 1”.
“Wh-wh-What….YES!!! of cause” was my prompt answer.

As this was the first collaboration with a major IP we needed to make a clear connection between the 2 brands LEGO and Star Wars. I suggested to make a mini figure logo where the 2 sides of the conflict meet behind the Star Wars logo. That would blend the 2 brands perfectly. My good friend Jan Kjær who was then my assistent made the final version of the logo.

I might have forgotten the details but the approval process went extremely easy and both Lucas and LEGO were happy with the layouts. So it was just to go and put it on paper and cardboard (the web was not up and running yet).

One thing is certain. My experience with Star Wars gave me a lot of inspiration for what came later in the form of Bionicle.

Will you Escape RIG21 in time?

Here is a teaser for the upcoming app game #EscapeRIG21. The game is the first introduction to the #RebelNature universe and it is currently in production.
Get ready to join Res Waveborn as she tries to get out of this maze of machines and tower of technology. She has a plan but one thing is planning another is carrying it out and make it in time! 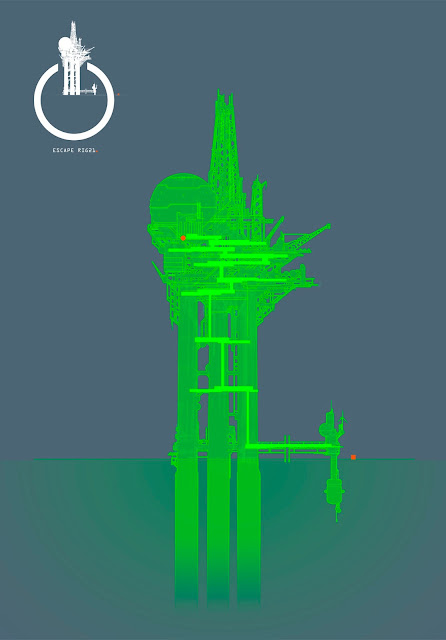 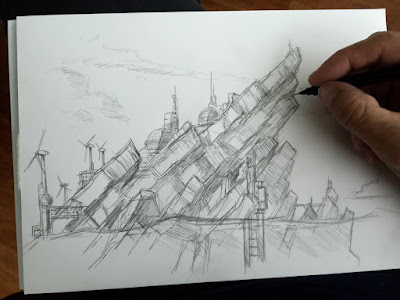 #GoodmanRock Research Station is taking shape. It is build on a rugged rock formation jutting out of the deep ocean. This is one of the important locations in the #RebelNature universe. It is part of the prehistory of #Rig21. The story is being build like a giant unfinished puzzle so the adventure and mystery grows with every piece. 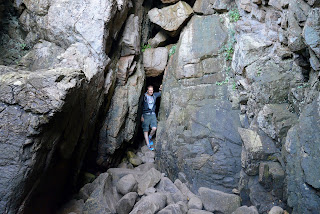 Vacation time is also inspiration time so here I am at the small Danish island Bornholm where the rocky formations gives lots of inspiration for Goodman Rock.
In the picture of the cave I have just been 70m inside a very narrow cave where apparently lives a very big cave spider that bites:) Found out about that after I came out and my Iphone and only lightsource ran out of power half way out.
Enough Indiana Jones for that day. 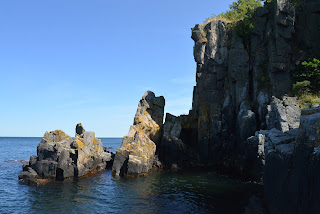 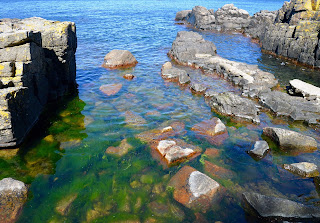 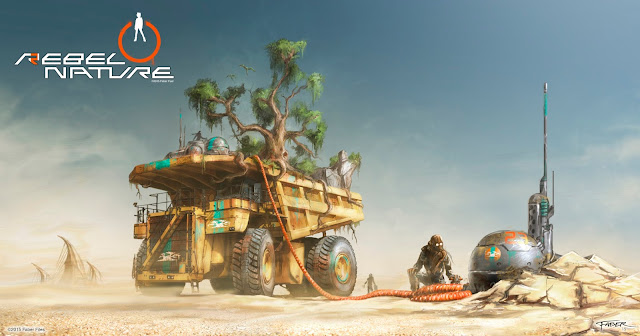 
How “the Gardener” is connected with Res and Scraper on the Coil Rig21 in the middle of the ocean is just one of the many mysteries of the #RebelNature story.
Posted by Faber at 1:30 PM 6 comments: