Here you see the final result of the first SW assignment I worked on at Advance back in '98.
The 5 first packages of the LEGO Star Wars line.
We ended up with a simple new design that has been repeated many times since. Inspired by the widescreen format of the featurefilm we put a black border top and bottom and this worked as framing of the illustration as well as the background of the logos with star pattern on. On the top panel the LEGO System logo and the Star Wars mining logo were connected by a blue/white laser line to mark this important collaboration. 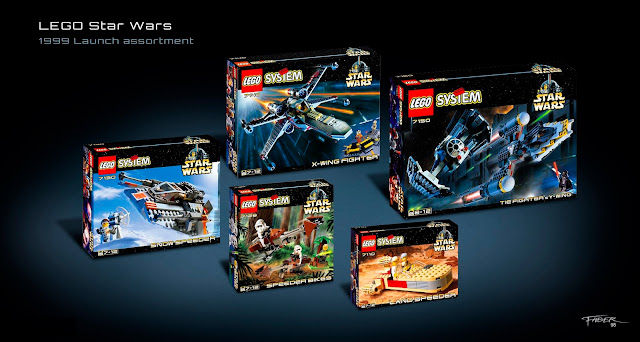 The LEGO Star Wars models would be placed in the real movie sets to get as much realism to the play scenario. So we got to make background paintings made directly from the mattepaintings of the real movie. A mix of real painting and photoshop (a very early version) was used to make the box art as true to the movie as possible.

Copenhagen based master photographer Jesper Jørgen (http://jesperjorgen.com) that we have used for numerous LEGO shoots, was put in charge of photo and he created the perfect match of the light of the illustrated background.

Below you see the full box illustrations of the 5 boxes. 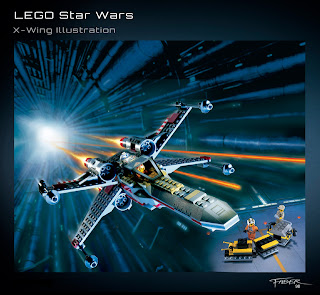 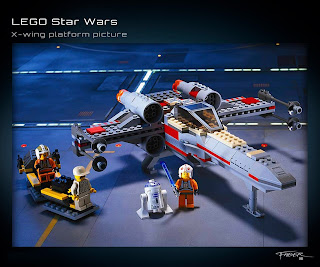 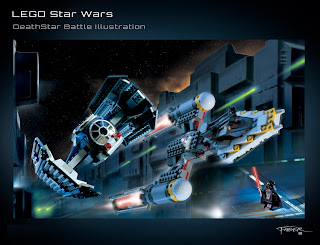 On the backside and sidepanels we chose to create the special hangar setting that appears in many Star Wars movies. We wanted to give the feeling that this was the place where you would build or rebuild your model.
A fantastic set piece was build by model and prop building, Joachim Zacho Weylandt (http://www.jzw-model.dk)
It was more than 2X2 meter and rigged with lights and platforms with the right amount of runway tracks and ware painted on. A lot of LEGO parts was used for detailing the set piece.  It was the perfect packdrop for any Star Wars model and if I knew where it was now I would put it on the wall as decoration. 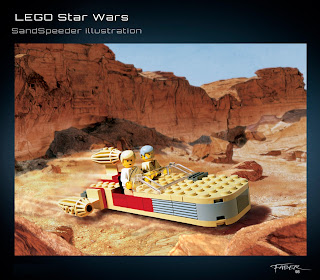 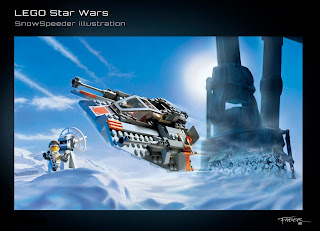 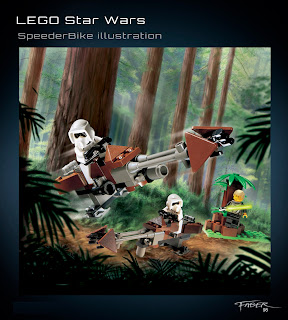