The Piraka art direction had to be different to anything we had done before to make the change that was needed after 5 years of legend told. So on the way to the final look we went through many stages and tests. Here you se one of the suggestions that I put together to test the limits. This poster tries to depict the bad and unpredictable feel of the laughing Piraka by tangling them together into one big alienlike silhouette monster and adding some film poster oneliners. Bad to the spine.
The pose with the shooter pointing straight up was found to aggressive in the test. We kept the white scratched background but back to the drawingboard. It may have been used on a book later. 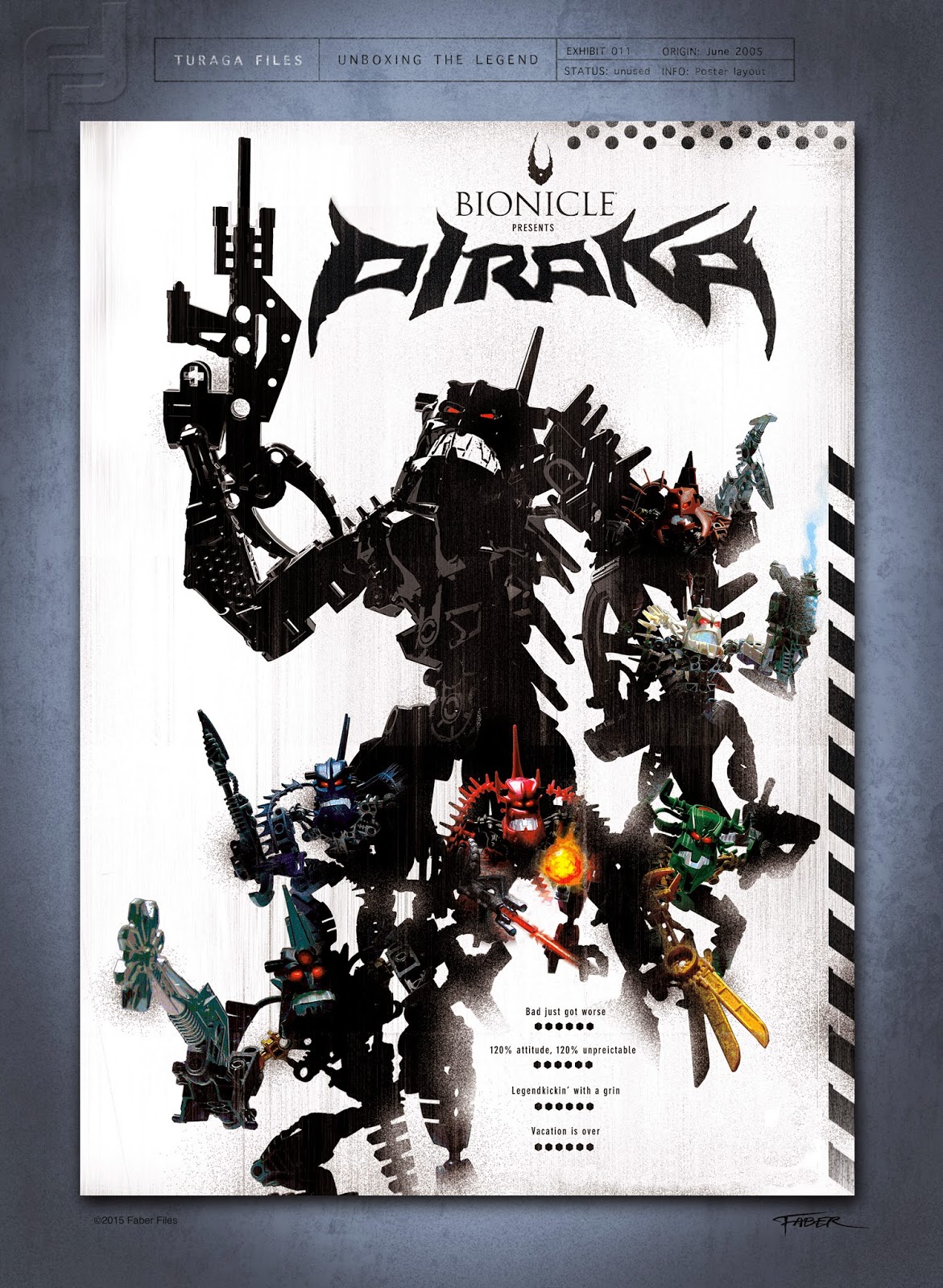